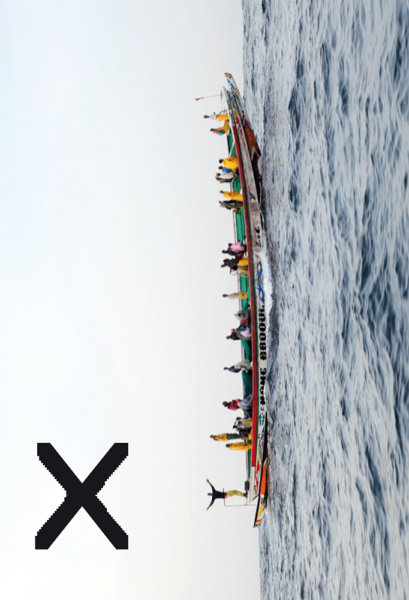 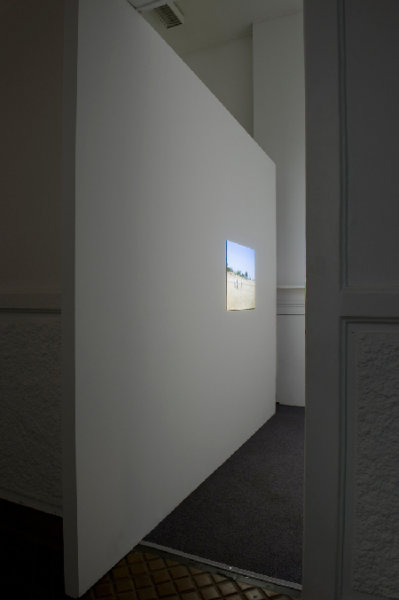 Benoît Laffiché’s video work tirelessly interrogates the issue of apprehending territories and population movements in the post-global age. For his exhibition at La Criée, the artist has chosen to ‘Unfold’ these issues, not via information overload or a militant stance, but by focusing on the most sensitive of spaces: the paths trodden by marathon runner Abebe Bikila (Jato, 2010); the ocean waves of Africa ridden by the surfers in the 1966 film The Endless Summer (The Endless Summer 2011); the darkest depths of the nighttime soundscape created by Senegalese fishermen (Pirogues, 2011).

All this means there will be three video installations on display at La Criée. That phrase doesn’t do justice to what’s happening here, though. Déplier is not simply an assortment of images occupying some exhibition space. Déplier is concerned more with exploring the potential of video images, in and of themselves, to create mind-dazzling dark spaces and blind spots. Within this exhibition space, Déplier is also an attempt to overcome the inherent fragility and simplicity of images, upholding their power to create ‘other spaces’ – or as Michel Foucault calls them, ‘heterotopias’: spaces that are not defined by the traditional boundaries of identity, territory, governments or institutions; spaces opening up journeys beyond mere reason.

Benoît Laffiché’s exhibition takes time and space to their extremes with disconcerting simplicity, all the better to reveal the power of images to engage with the world in all its density and complexity. In the video Jato, the vast expanse of Ethiopia’s plains and plateaus takes pride of place as marathon runner Abebe Bikila’s abilities take us beyond the limits of his body and the terrain itself. Displayed in a small room, the video image appears discreetly on a section of wall. The confined installation contrasts with the infinite expanses covered by the runner – both geographically and in the mind.

In the larger exhibition hall, a 4.5 meter wide partition has been set up in isolation on the floor to project Pirogues, a work based on sound and images. The video clings to this monolithic structure, etching out dark scenes crisscrossed by rays of light. A soundscape crowded with human voices, the noise of the sea, and the sound of the Senegalese fishermen’s pirogues bumping against one another adds to the sense of disorientation.

The Endless Summer – an excerpt from the film of the same name produced in 1966 depicting surfers seeking out the best waves in Africa – is a fitting testimony to the relationship between the human body and the vastness of the ocean. The images of surfing are projected onto a large wooden rectangular panel, rising out of the floor and resting quietly against the walls of La Criée. Switching from a conventional panoramic horizontal view to an unusual vertical screening allows the image to add still more depth to the space defined by the wave.

The Unfolding of these three video works in La Criée exhibition space embodies the archipelagic insight of poet Edouard Glissant: “Another form of thought: more intuitive, more fragile, exposed and yet ready to engage with the chaos of the world and its unforeseen events and developments. Although it builds on the triumphs of the humanities and social sciences, it soon branches off into a poetic worldview encompassing the imagination”*.

born in 1970
lives and works in Lillemer, France 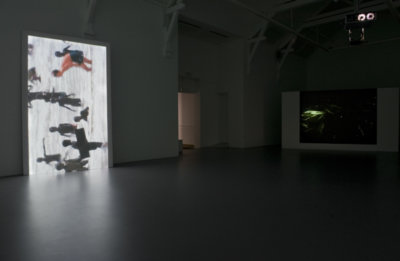