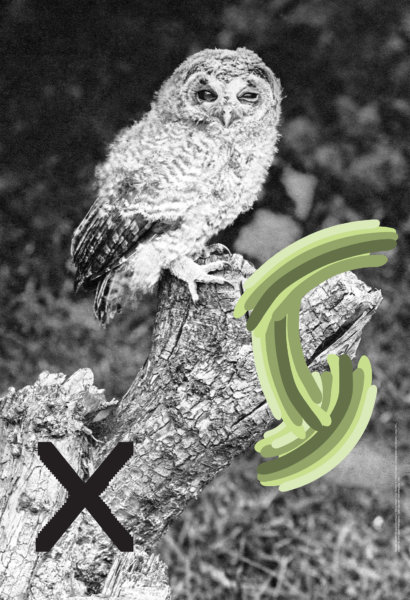 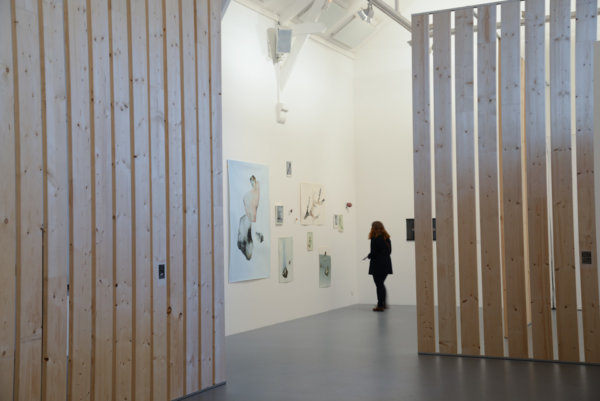 a l l e r dehors: going outdoors to have a look on what lives and moves in the margin, to reflect the diversity of the surrounding natural world, its perceptions and representations.

This is how Yves Chaudouët, associate artiste of the 2014-2015 season, has imagined, with Sophie Kaplan, this group show whose subject is the countryside. A countryside looked at and ranged over by man, from his own viewpoint. A countryside scoured, literally and figuratively.

Wondering if the very idea of countryside isn’t an illusion, the exhibition looks at what composes it: its substances, its elements, its occupants, whether vegetal, animal, mineral.
The exhibition wonders about our relationship to today’s wild and domestic landscape.

a l l e r dehors brings together eight artists with often unusual and plural trails: Mark Brown, artist and botanist who tries to trace the origins of flowers; Catherine Rannou, artist and architect who makes inventory of the globalization of landscapes by their architectures; Paul Cox, graphic designer who designs sets, a painter who invents games; Olivier Roller, artist and photographer who tracks the figures of power but also the intimate landscapes; or Richard & Cherry Kearton, who are pioneers of nature photography. There are different types of approaches to the countryside among the a l l e r dehors artists: those who observe, who watch, who record. Thus, Antoine Boutet films for two years a Kafkaesque hermit living out of time, in a French forest. There are also those who touch, move, experiment. Thus, Hannah Rickards recreates birdsong and Cecilia Cassagnac captures stones from all angles.

Naturally these attitudes often intermingle, through gleaning, collecting, surveying, building, and all sorts of interactions whose permanence is challenged by a l l e r dehors.

Yves Chaudouët imagines and achieves a singular scenography for the exhibition, asking visitors to go outside at the very moment they are entering the art centre space: asking them to move into the poetic and mental outdoors.

Mid-January, two study days named L’Art racine (Art at the Root), are echoing and continuing the paths explored by a l l e r dehors, using dialogue between twelve artists and researchers in the humanities and natural sciences. 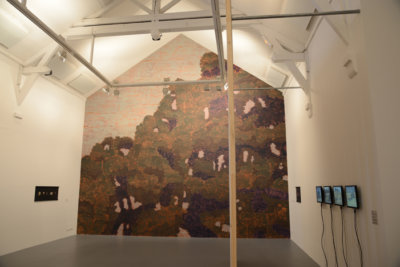 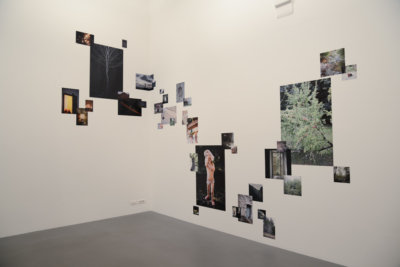 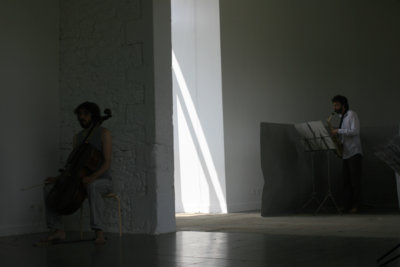 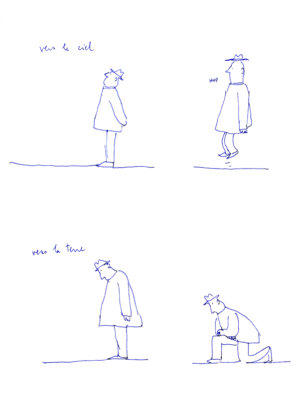