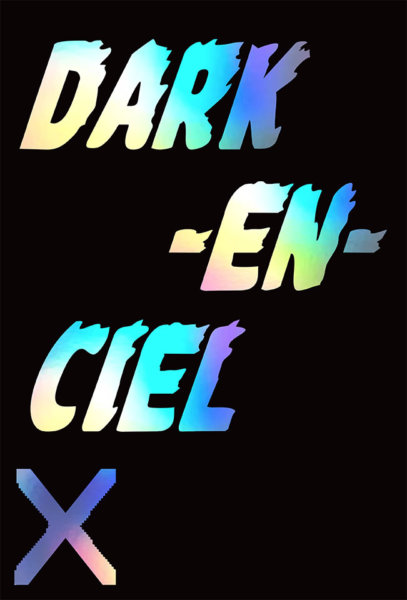 Imagine that this communiqué is being joyfully bellowed out over a slightly crackling megaphone attached to the top of a van that has been customised with the colours of the art centre and a rainbow*; it is driving slowly through the streets of Rennes, trying to drum up business.

Listen up dear people of Rennes and of France: come and discover DARK-EN-CIEL, the new exhibition in full Technicolor by Bertille Bak, a formidable young artist, whose talent is being celebrated around the world!**

Colourful shows for the kids, 3D animations made with trickery and obvious subterfuges, actual sets out created from cardboard, circular and rectangular films, new works filled with frightening surprises and more.
Don’t miss Bertille Bak’s DARK-EN-CIEL: an exhibition that rolls over for you, takes you to the stars, cries foul, seesaws, and twists and twists again.

A conversation between two (very well-informed) shoppers after the van passes by:
– Bertille Bak … isn’t she that artist who’s interested in communities – often marginal, fragile or invisible – with whom she builds fictions, politically engaged and a little bit odd?
– Yes, that’s her. She started in the coalmines, in Barlin, on her grandmother’s housing estate, then she worked with the Roma in Ivry­‑sur‑Seine, nuns in Paris, maritime workers in Saint‑Nazaire, and further away, residents of a Bangkok neighbourhood being threatened with eviction, shrimp shellers in Morocco and suchlike.
– She seems to be making her way using the world’s miseries don’t you think? And what’s she showing in La Criée?
– She’s continuing to mine the exploitation vein. She’s showing a new project, Mineur Mineur, that she’s been working on for three years, about child labour in mines, and two other recent projects: Bleus de travail, in which she plays with birds, and La Brigada, filmed in La Paz in Bolivia, where she focused her lens on the city’s shoeshine boys.
– I see: so her films and installations sit at the tipping point between utopia and exploitation, enchantment and irony, reality and fiction, a taste for the absurd and a DIY spirit.
– That’s right, there’s a subversive, playful streak in Bertille Bak’s work, a kind of resistance, and I find a hint of Belgian humour, a dash of Wallace & Gromit, and a pinch Fischli & Weiss.
– Okay, now you’re just throwing names at me. Let’s go have a drink, just to get ourselves ready to see the exhibition …

* The exhibition’s title is a play on the French word for rainbow, arc-en-ciel .

** Bertille Bak has a number of solo exhibitions scheduled for 2022: at the Fondation Mario Merz in Turin, at the Louvre-Lens, and in Rennes at La Criée centre d’art contemporain and Galerie Art&Essai. 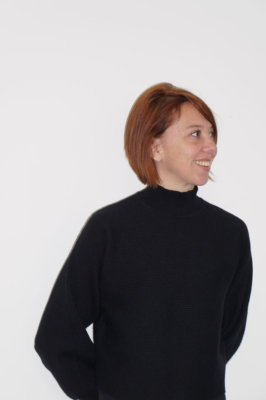 born in 1983 in Arras, france
lives and works near Paris, France 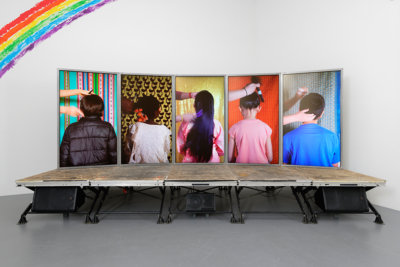