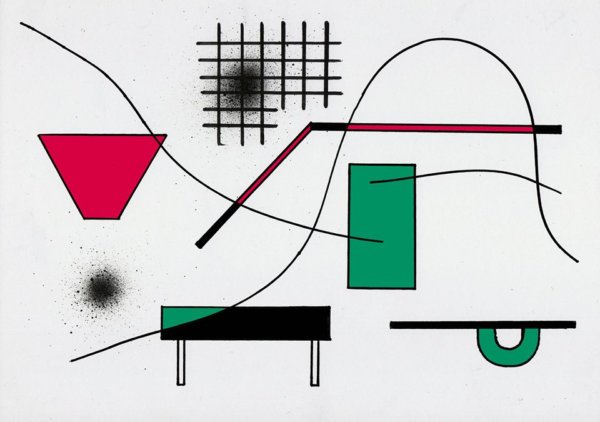 Writer, draughtsman, painter, musician – and more – Fabio Viscogliosi brings the same elegance to all his different disciplines. A bass line, a stroke of the pen, a slit: each Italian-inflected furrow bears the trace of a sensibility marked by tragedy, light-heartedness and an eclectic appetite.

In parallel with the exhibition of his graphic work organised by Spéléographies and the Lendroit gallery, Viscogliosi is presenting another facet of his work at La Criée.

Spéléographies is the international biennial of written forms being offered to Rennes residents by the association of the same name in 2016. With its roots in books and publishing, it promotes osmosis between types of writing – in the literary, graphic, sound, entertainment and other spheres – with an emphasis on interplay between heritage and the contemporary.

from 13 May to 18 June 2016
exhibition by Fabio Viscogliosi, Tutti Quanti, galerie Lendroit, Rennes