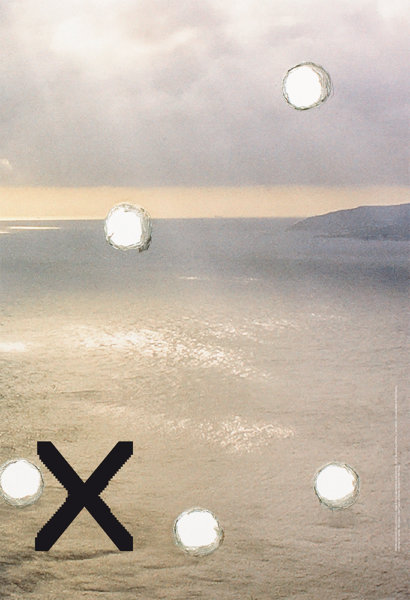 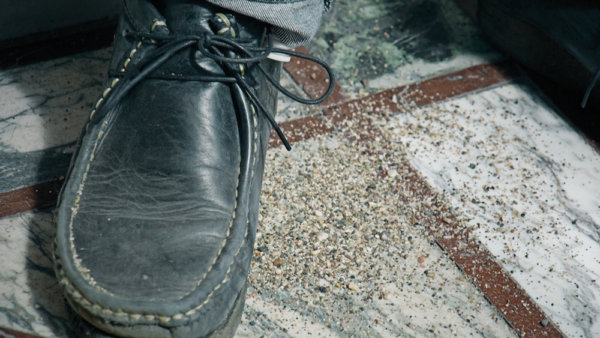 Runo Lagomarsino, We all Laughed at Christopher Colombus, exhibition view They Watched us for a Very Long Time, La Criée centre for contemporary art, Rennes, 2015

Runo Lagomarsino, More Delicate than the Historians Are the Map Maker’s Colours, screenshot, 2012-2013

For the first exhibition in its Breaking the Waves season, La Criée is presenting They Watched Us For a Very Long Time, a selection of works by Swedish artist Runo Lagomarsino. The son of Argentinian migrants of Italian and Spanish extraction, Lagomarsino divides his time between Sweden and Brazil.

Reflecting both his family roots and a personal life path, these repeated Atlantic crossings are the underpinning of his practice. In his sculptures, installations and videos he is striving for a perspective on the enduring nature of the colonial heritage in our globalised world.
Making play with multiple points of view, he challenges our stances and identities: who is the “we”, and who are “the others”?

The exhibition They Watched Us For a Very Long Time takes its title from the work of the same name, dating from 2014: sixty-six metal plates purloined from the lighting system at the Pergamon museum in Berlin. As is the case in many other European museums, the creation of the Pergamon collection has involved colonialist appropriation of ancient artefacts and their transformation into a national heritage symbolic of a European identity.

The lighting components shown here have undergone a reversal of context and function: formerly illuminating a display, they are now on display themselves. With this dual act of purloining and reversal the artist urges us to see these museums differently: what if they not only cast light on other cultures, but were also tools for understanding power, European colonialism and the way history is constructed and written? They are “a mirror of Europe”, says Lagomarsino, “a mirror with amnesia… The colonial past is not a past; it’s part of our contemporary life.1”

The tapestry Entre Mundos (2013) and the gold wall at the entrance to the second exhibition room at La Criée are references to the conquest of South America by the Spanish and the Portuguese in the sixteenth century. Much closer to us in time, the slide projection Sea Grammar (2015) silently evokes the burning issue of Mediterranean migration today.

The components of Lagomarsino’s often travel, becoming in the process material testimony to journeys made, metaphors of migrations, exiles or historical fact. One example is the video More Delicate Than the Historians are the Map Maker’s Colours (2012–2013), which shows the artist and his father pelting Seville’s gigantic statue of Christopher Columbus with eggs illegally brought in from Argentina. There is, too, the recent video Como si fuera piedra la arena (2015), in which we see Lagomarsino discreetly pouring sand from parts of the Mediterranean coastline at the feet of Greek statues in the Ny Carlsberg Glyptotek in Copenhagen

With the group of works on show at La Criée, the artist reveals historical and spatio-temporal fault lines as a means of telling different stories, of interpreting the past and imagining the future from other points of view. With a poetry pervaded by a spirit of activism he conjures up history’s ghosts and heroes, and its forbidden and imposed verities. And turns travel into something political. 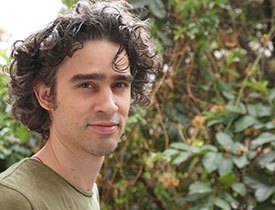 born in 1977 in Lund, Sweden
works and lives in Malmö, Sweden and São Paulo, Brazil 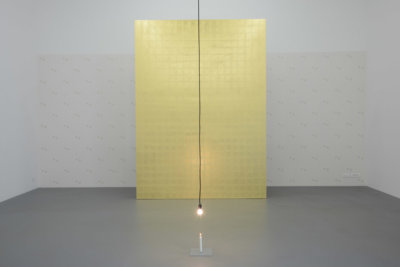 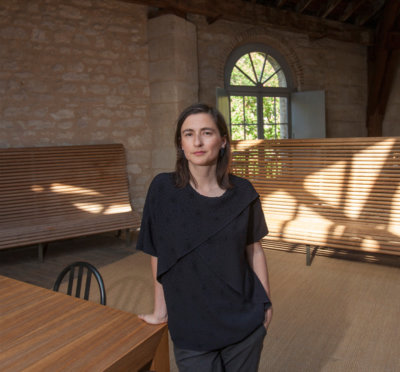