|art at the centre|exhibitions|Salt Lake 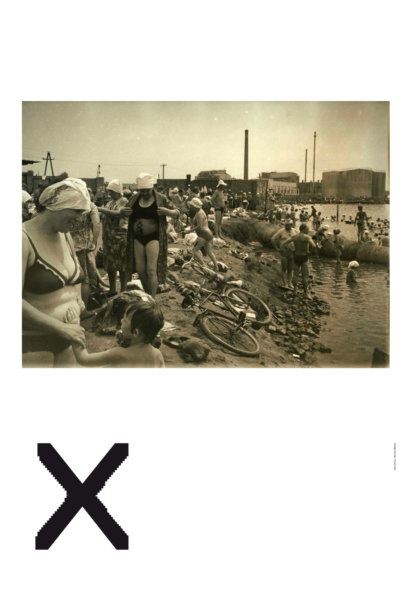 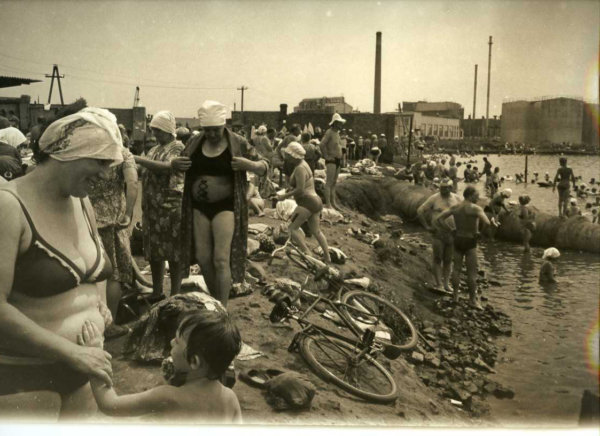 From January 20 to March 11, 2012, La Criée will be presenting the French premiere of the Salt Lake series by Ukrainian photographer Boris Mikhailov. Dating from 1986, this series of 50 photographs takes us back to Soviet-era Ukraine, on the edge of ruin, to a place where life’s simple pleasures were played out against the backdrop of a lake assailed by industrial pollution on every side.

Boris Mikhailov was born in Ukraine in 1938. His career as a photographer really began as a reaction to the Soviet regime, which objected to some of his works. An engineer by training, he was dismissed from the factory where he worked when the KGB discovered nude photographs he had taken of his wife. From then on, for over forty years he gave himself wholly to photography, documenting life in the Soviet era, the end of the latter, and the changes that followed, through raw, human portraits of his contemporaries. Today, he is one of the most acclaimed photographers of the former USSR on the global artistic scene, representing Ukraine at the Venice Biennial in 2007 and with a show at the MoMA in New York in 2011.

In 1986, Boris Mikhailov travelled to the shores of a lake in the south of Ukraine. His father, who had lived in the region in the 1920s, remembered it as a favourite spot with the locals, who were convinced its warm, salty water had healing properties. The photographer was curious to find out whether the place was still there. He discovered that while habits had not changed, the lake was now surrounded by factory chimneys, brick warehouses and industrial-sized pipes discharging waste into the water. Throughout the year, families would meet on the shores of the lake. At first glance, it looks like a Soviet version of Baden-Baden.

Boris Mikhailov captures a succession of strange scenes in which we see a carefree people bathing in murky waters, seemingly indifferent to the chaotic landscape around them. There are crowds of thickset men along with women clad in both bikinis and headscarves, apparently enjoying the moment to the full. Bodies lie stretched out to sunbathe, while a group of women chat happily. The calm exuded by this series becomes a pictorial element in its own right, reminiscent of some of Henri Cartier-Bresson’s photographs from the time of the first paid holiday leave in France, or George Seurat’s painting A Sunday Afternoon on the Island of La Grande Jatte.

Salt Lake portrays a little-known, almost secret Soviet Union. This is hardly surprising, given that like much of Mikhailov’s work, this series was undertaken clandestinely. The environment is one in which the population appears to be indifferent to its environment, or at least puts up with it for want of anything better, in order to make the most of their freedom, however transient. Did these people have a choice as to where they could relax? Did they wonder about whether there could be anything better anywhere else – or could this freedom be the very best kind of all?

Discovering this work today engages us in a work of remembrance – perhaps akin to that of the photographer himself, retracing his father’s steps. One’s attention is irresistibly drawn to the date, one year before the Chernobyl disaster and three years before the collapse of the Soviet system. History has endowed Salt Lake with the status of a valuable testimony, embodying the artist’s perceptive and timeless view of his day.

“There’s a kind of interplay between the old and the new going on here. […] It was an outworking of an old idea I’d entertained before: we’re right there, and yet not there. It’s both today – and a long long time ago.*”

in parallel with the exhibition