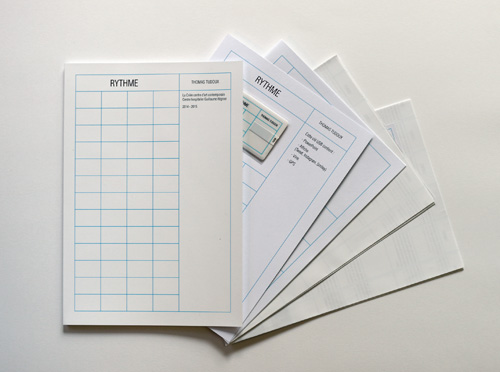 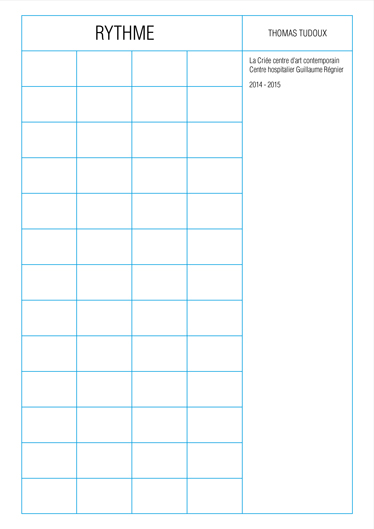 technical characteristics100 copies
edition unfoldable as an installation which includes: 2 posters, 1 booklet of 16 pages and a USB key containing video files and an animated GIF

The artist’s book Rythme is the result of Thomas Tudoux’s residency at the Rennes and Fougères psychiatric units of the Guillaume Régnier Hospital Complex, during La Criée’s Scouring the Fields season.

From January to March 2015, Tudoux offered patients a series of creative workshops structured according to the hospital’s rhythms: every 30 minutes they were invited to write down, draw, photograph or film what they were doing or what they saw around them. Tweaking the micro-blog – tweets, Instagram photos, geolocation, etc. – the project produced a collective chronicle in the form of this multimedia publication.

born in 1985 in Barbezieux, France
lives and works in Rennes, France 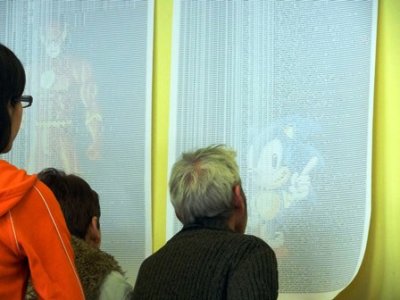