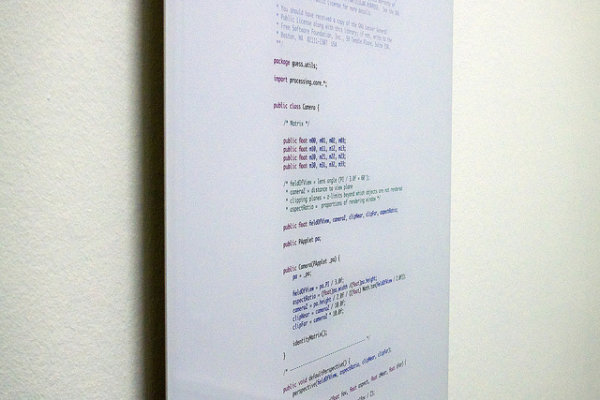 Partially Instantiated Object is a photograph, a digital Lambda print mounted on Diasec (0,5 cm). The image consists of a text on a white background representing a runnable computer algorithm.

In object-oriented programming, instantiation occurs at the moment a class, written instructions describing a blueprint or model, is transformed into a dynamic, usable ‘object’. An object can be most anything in a program that stores data and has agency, from graphical user interface elements, to moving image and text, to more abstract entities such as inter-program ports, buffers or parsers. Every instantiated object shares the properties and methods delineted in its class, but initial parameters can potentially confer radically different behavior to each unique instance. In this respect, instantiation can be thought of as the passage from the general to the particular, from the description of latent processes to individuated, active forms.

The readable program in Partially Instantiated Object is a consolidation and rewriting of disparate code fragments taken from the Processing project source code in view of creating an autonomous and workable camera class. If executed on a digital computer, this class, based on what is known in computer graphics as the Pinhole Camera Model, would be instantiated as a perspectival point of view, a mobile vantage point in an empty three-dimensional space. But instead of becoming an actionable viewport, in Partially Instantiated Object it has been materialized within the surface of a thickly mounted photograph, whose receding indexical relation to past events fixed in time illogically conjugates with the future tense of programming and the fundamental mutability of digital media. 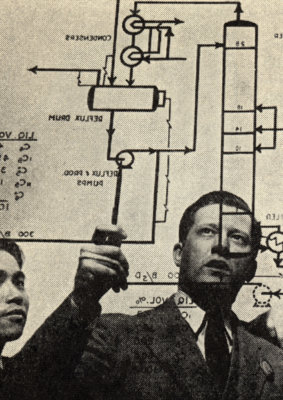