|art at the centre|exhibitions|Household Temple Yard 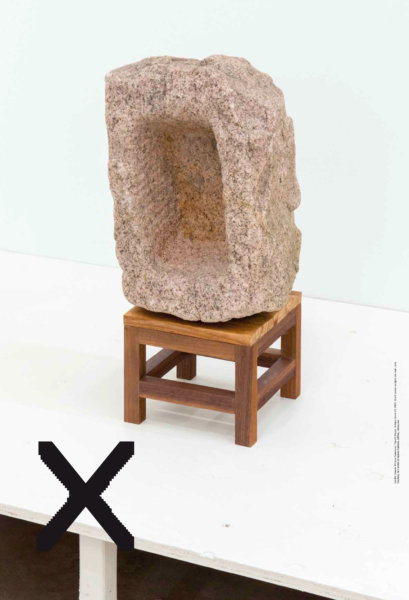 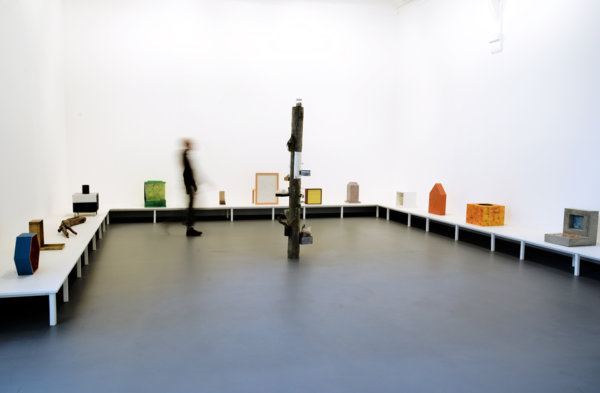 La Criée is presenting Gareth Moore’s Household Temple Yard as part of Les Ateliers de Rennes – biennial of contemporary art. In parallel with his work presented in PLAY TIME exhibition at Frac Bretagne, the artist is offering a solo exhibition at La Criée: a group of sculptures typifying his interest in magic and myth.

Through his works Moore questions and reconstitutes the status of found materials and objects, seeking to acknowledge the margins of authorship within the production of a work of art. His work dislodges the distinctions between art and everyday activity, creating sculptural narratives that are enacted materially and socially. Employing a careful economy of means, Moore extends the capacity for value and meaning within objects that are otherwise discreet, reflecting an interest in the recovery of that which goes discarded or unnoticed.

For A place, near the buried canal at dOCUMENTA (13) in 2012, Moore lived for two years in the Karlsaue Park in Kassel, using materials gleaned from Kassel, the park itself and the surrounding area to create various structures and sculptures. The site included a house, a pension where visitors could rent lodging, a water source, an outhouse, a kiosk and a temple, alongside numerous outdoor sculptures. A place, near the buried canal, provided areas of repose and rest for its visitors and operated according to its own hours, offering an eccentric bucolic atmosphere that shifted and accumulated over the course of the exhibition, ending with the site being completely dismantled and returned to its fallow origins.

The relationship between ritual and object and spiritual and meditative practices are core aspects of Household Temple Yard. Shown late in 2013 at Catriona Jeffries in Vancouver, thirty shrines were installed in the exhibition space on low plywood shelves as though in a store, awaiting their purchaser and future use as a shrine, activated by the owner of the work. At La Criée a similar installation of the work will be realized.

Moore has created these shrine sculptures without attaching any specific meaning or instruction to them, even if the design or certain components of each shrine may influence their use, such as thumbtack for pinning up a picture, or a metal grate on which materials could be burned. His shrines are intended to be activated by the people who acquire them; until then the artist considers them unfinished.

The sculptures are accompanied by a series of collage-drawings made with match strikers that over the course of the exhibition will be used by the art centre team to light incense, leaves, plants, bark and other olfactory materials collected by the artist and installed in the centre of the space. Aeration vents have also been set into the walls, allowing air to circulate between inside and outside in a movement both physical and metaphorical.

With Household Temple Yard Gareth Moore offers a sculptural interpretation of sacred ritual practices, while equating such practices with that of art, both of which are processes in the production of meaning. In doing so he also looks into the spiritual and commercial value, whether real or projected, of the work of art.

A first version of the Household Temple Yard exhibition was presented at the Catriona Jeffries Gallery in Vancouver from December 18, 2013 to January 11, 2014.

born in 1975 in Matsqui, Canada
lives and works in Vancouver, Canada 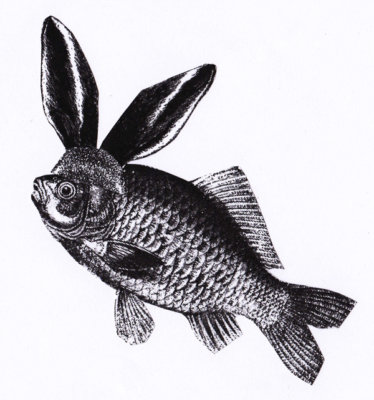 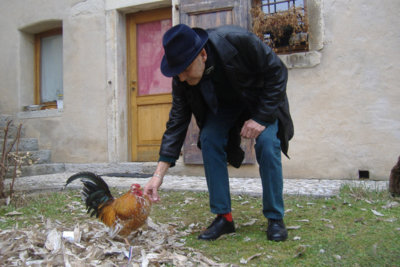