|art at the centre|exhibitions|Harpsichord Pieces 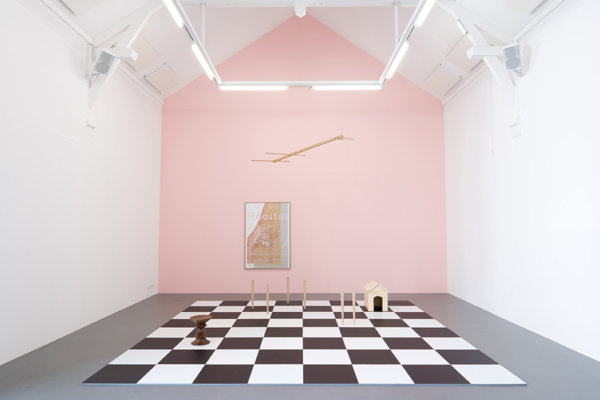 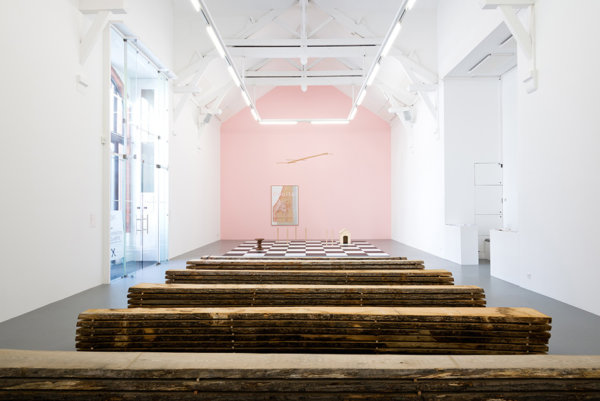 In the La Criée offices, late one afternoon during the June heatwave

A. – Don’t you think it’s too hot to be writing a press release?

S. – Much too hot! And what’s more, Yann says it’s too early to know exactly what’s going to be in his exhibition, seeing as it’s opening three months from now.

M. – But at least we know a bit about Yann and the exhibition…

S. – Right. We could start by saying that Yann’s a knowledgeable, witty conceptual artist and that just now he’s wearing his hair in a big, frizzy ball. I haven’t seen him for a fortnight – back then it was still okay – but Julien Bismuth went to see him the night before last and he says that they had dinner under a tree in his garden and there were leaves stuck all over his hair.

A. – You’re kidding! That makes me think of the self-portrait of Yann I saw in Bruno Peinado’s «solo/group» exhibition in Nantes two or three years ago: four prints tweaking the Schwarzkopf shampoo logo – you know, the one with the black head? He reworked it by showing four stages of his hair growing back.

S. – Whatever, it’s a subversive revamping, the kind of thing he just loves doing. Maybe it’s just a form of laisser‑faire…

A. – And for his exhibition here at La Criée he’s focusing on the harpsichord, right?

M. – That’s it. After the domestication of dogs and cactuses, he’s set his sights on the harpsichord. He told us he was fascinated by the history of the instrument, whose sound was lost and then rediscovered throughout

the 20th century after an eclipse that lasted a hundred years.

S. – His exhibition is a follow-up to the one last spring in his Paris gallery, where I recall seeing a Louis XVI harpsichord base hung from the ceiling like a string puppet. He told me the other day that he’d like to have a harpsichordist play Baroque pieces on this phantom instrument, in a void. He also talked about an ultra-high fidelity adaptation of the sound installation he based on the Vérité du Clavecin recording. And we can be pretty sure there will be something to do with faithful, not to say domestic animals.

M. – Reminds me of the «His Master’s Voice» label, with the dog listening to the old phonograph horn.

A. – Ah, now I’m beginning to see why there’s going to be a harpsichord and a dog on the invitation and the poster.

S. – It’s kind a funny story: one day Yann was chatting on the Internet with the Finnish photographer Elina Brotherus, after posting on Facebook that the spring exhibition in Paris would be called Harpsichord Suites for Still Dogs. Elina told him she not only had a dog – which he knew already, because it sometimes appears in her photos – but also a harpsichord which she’d assembled from a kit. Then she tagged a photo of herself with her harpsichord on Instagram so he could see it. Obviously Yann found that very funny, and being the joker that he is, he suggested she should do a self-portrait with both the harpsichord and the dog. Which she did, and it’s a terrific photo. When Yann showed it to me we agreed at once that in relation to all the real and imaginary narratives we were working on for this exhibition, but also with regard to his work in general – his situation as an interpreter and user of other people’s works, and the issues he raises about borrowing and reinterpretation, etc. – it was crystal clear that this was the perfect visual for the exhibition. And Elina said yes!

A. – Love it! And there you go, we’ve got the basic outline of our press release. So what do you say to jumping on a train and going for a swim at Saint Malo? Because here it really is too hot…

They switch off their computers and head out the door, each armed with a bottle of water.

The curator for this exhibition is Sophie Kaplan.

The exhibition is produced by La Criée centre for contemporary art in Rennes. 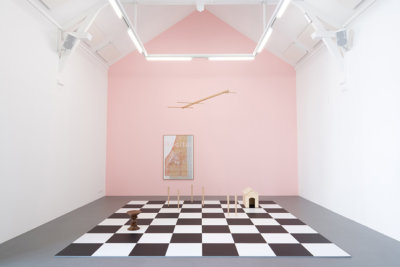 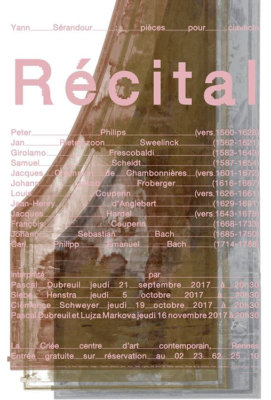 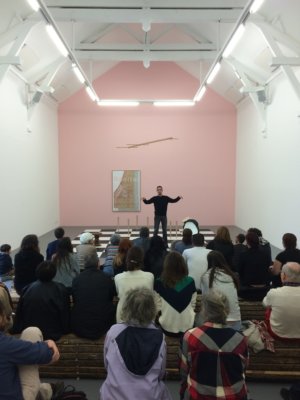 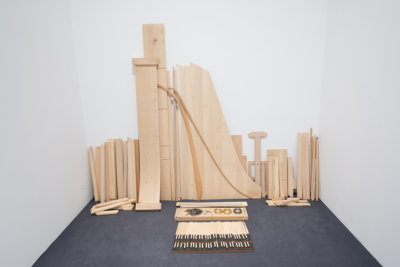 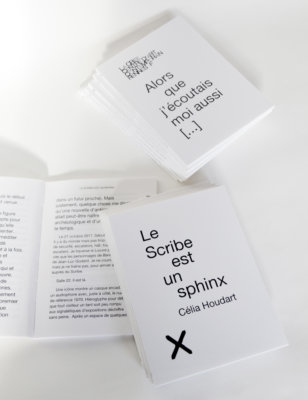 the futuristic short story by Célia Houdart about the cycle, While I was also listening […]