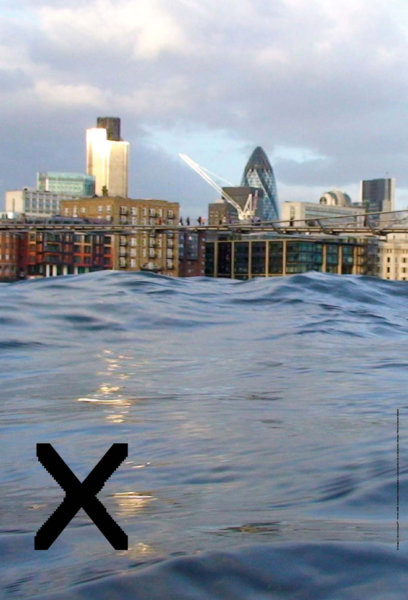 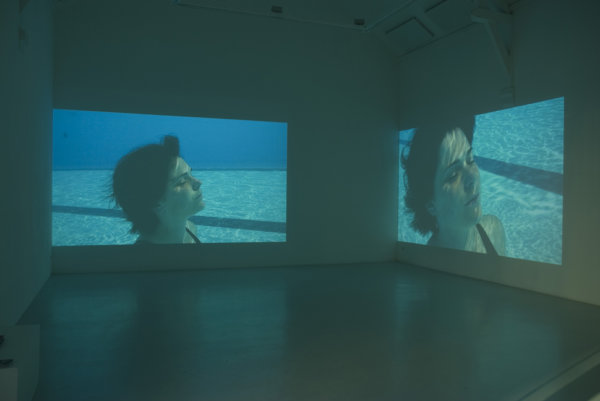 Water and the shoreline are recurring elements in the work of Marcel Dinahet. The artist places his early sculptures in water and then creates video installations that explore the physicality and temporality of the aquatic landscape.

In 1=3 at La Criée, Dinahet offers a huge video installation in a three-part time frame. Every three weeks a new sequence involving a separate vision will be projected on three of the Art Centre’s walls.

The first shows the immersion and then the return to the surface of a young dancer, Maud Le Pladec, filmed in the Dominique Savio municipal swimming pool in Rennes.

The second makes play with a perception of an urban landscape: London seen from the Thames. Using an on-board camera set at the waterline and thus moving in time with the water, the sequence is all about instability, disappearance of
the horizon and loss of bearings.

In the third sequence Dinahet is a direct observer: simply filming a cliff and the back-and-forth movement of the sea against it, he reveals the latter’s sheer mass and physical force.

Always at the boundary between reality and fiction, Dinahet’s highly unconventional images defy all documentary or narrative logic. In these raw, simple, sensual works, in which the camera is often at the mercy of the elements, the recurring issue is transposition: transposition within our way of seeing, transposition of bodies and the elements.

born in 1943 in Plouigneau, France
lives and works in Rennes, France 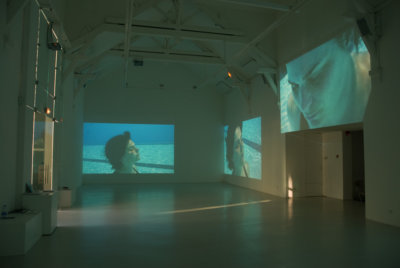